New and Old Meet in Belfast: Catriona King and the DCI Craig Series

Continuing our explorations of locations in books and how authors choose and bring to life the settings of their novels. Today we hear from Catriona King, author of the DCI Craig contemporary crime series, based in Belfast, and the fascinating stories behind the real location in which her novels are set.

The Marc Craig Thriller series is set in modern Belfast but, in a nod to my family’s past, I situated the fictional thirteen storey Crime Unit where Craig is based (the Dockland’s Coordinated Crime Unit) in an historic area of Belfast called Sailortown. To be precise in a place called Pilot Street, where my mother’s family once had a business dealing with cargo.

Sailortown is an historic area of Belfast on the Lagan River between the M1 and M2 motorways. Between the 16th -20th centuries it was a thriving area where many large businesses grew and ships docked for unloading. Their crews, from far flung places such as China and Russia, mixed with the local Belfast population of ship’s captains, chandlers, seamen and their families. It was a lively area where churches and bars fought for the souls and attendance of the residents and where many languages were spoken every day. The streets were named with reference to the area’s sea-faring history; Pilot Street, Princes Dock Street, Nelson Street and the churches were decorated with symbols of the sea, with deference to the many people who were drowned at sea and buried there.

The basement of the recently closed Rotterdam Bar at the bottom of Clarendon Dock (build on newly reclaimed land) was a local tragedy. The bar had been there since 1797 in many forms. It acted as the overnight lock-up to those being sent to Tasmania and the Antipodes on the boats the next morning. The stocks in which they were punished were still there until the 1990s. The bar was also, at various times, a restaurant, a brothel, a well-known hostelry and a famous music venue where people such as Bob Dylan played and audiences included luminaries like Martin Scorsese.  http://www.nbmcmedia.com/rott/history.html
During the years of World War 2 the Sailortown area was the most bombed area of the UK outside central London as the Germans tried to destroy Belfast’s ship building capacity. Sadly the area fell into disrepair in the 1970s/1980s when the motorway extension led to compulsory purchases of many homes and businesses, and decimated the community causing many broken hearts. The rebuilding of the community has now started with new families moving into small starter homes and professionals buying the new expensive dockside flats.
Songs have been penned about the area and modern artists such as Terry Bradley, whose work hangs in galleries across the world and has been bought by famous people such as Madonna, have created art based on it. There have been many local cause celebres such as petitions to prevent the closure of the Rotterdam Bar and the sale of the local St Joseph’s Church, which drew protests from both sides of the religious divide. The church is still there as a monument to the centuries of worshippers within its walls.

Many of the residents of Sailortown are now dead but those still living often return to the Dockers Club to celebrate old times. 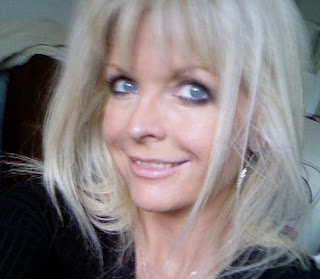 Catriona King was born and raised in Belfast, Northern Ireland. She trained as a Doctor, moving to London to live and work. She obtained her M.B.A. from Henley Management College in Oxfordshire, trained as a police Forensic Medical examiner and worked in central London in General Practice, Community Paediatrics and Health Management and strategy. She worked closely with the Metropolitan Police on many occasions. In recent years, she has returned to live in Belfast.

She has written since childhood, fiction, fact and reporting.

‘A Limited Justice’ is the first novel in the modern D.C.I. Craig Modern Thriller series. It follows Detective Chief Inspector Marc Craig and his team, through the streets of Northern Ireland, in the hunt for the killer of three people.

‘The Grass Tattoo’ the second in the series was released in December 2012. It follows a trail of lust, greed and foreign gang influences as they lead to murders in Belfast and further afield.

Catriona is currently completing a stand-alone novel set in New York City, provisionally entitled ‘The Carbon Trail’ and book number five in the D.C.I. Craig series, tentatively named ‘The Broken Shore’, will hopefully be released at the end of 2013.